Why transport is not gender-inclusive

It is becoming increasingly recognised that women’s mobility is restricted by unsuitable transportation infrastructure. Little attention has been paid to the different needs of women when it comes to the design and planning of mobility and transport. This has consequences on the mobility choices and behaviours of female users. Our team at LGI has identified key differences in mobility patterns between men and women in the Paris region and shares here insight from our analysis.

A gender-specific perception of risk…

Our research shows that women have a higher risk aversion than men, proving to be more concerned about the accessibility, safety and security of infrastructures. Their perception of risk is often rooted in real threats commonly faced by women in public spaces, such as sexual violence and harassment among other forms of gender violence. The High Commission of Equality between Men and Women estimates that 76% of French women have been followed in the street at least once.

Female gender norms also encourage women from a young age to be especially risk-attentive, leading them to prefer safer infrastructure. This shapes women’s overall perception of risk and danger when travelling. Both have shown to have an impact on the way women choose to travel, including their preferred mode of transportation, time of travel, as well as appearance while travelling.

Attention has also been paid to inadequate infrastructure, which influences how women choose to travel. The lack of protected bike paths, traffic limits or street lighting, for instance, have a significant impact on how women perceive their safety, deterring female users from riding bicycles and e-scooters. We found that women in the Paris region tend to rely more on public transport and walking.

…causing women to change their behaviour

Since women make up the majority of walkers and users of public transport, they become more susceptible to harassment and assault inside stations, on metro platforms, in buses, trams and metro carriages. In the Paris area, 39% of sexual aggressions against women in public areas take place on public transportation.

Whether it’s their perception of assault and harassment or based on previous experiences or common threats, both affect the behaviour of women, for instance, by limiting their overall use at late hours or changing their desired clothing and overall appearance. The fear of being victimized is a hurdle for female users when it comes to safely accessing public transportation.

Yet the problem of harassment goes beyond public transport. In November 2019, the question of women’s safety in private transport was revealed by the circulation of #Ubercestover (Uber is over), a vigorous social media campaign in France that raised concern about harassment and assault experienced by female passengers. 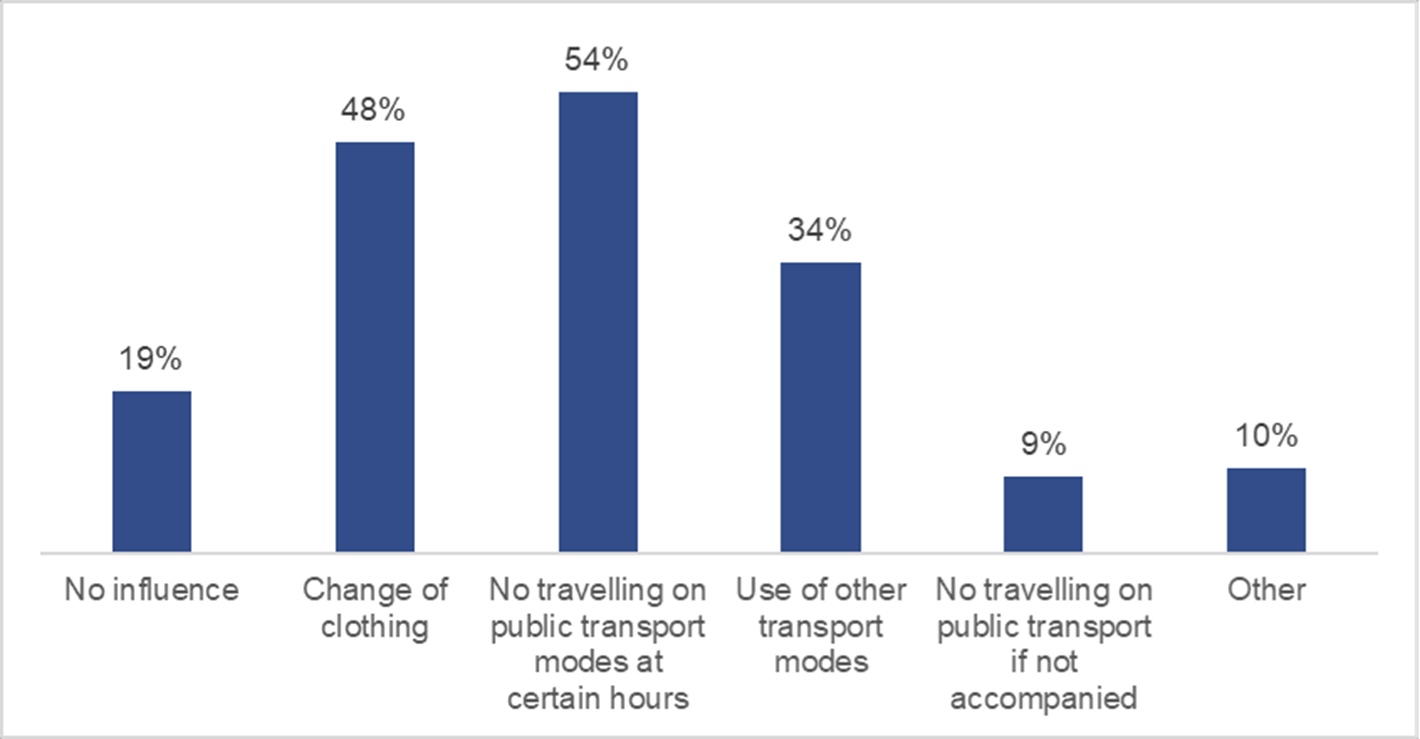 Does the phenomenon of harassment have an impact on your use of public transport? (Taken from TInnGO report)

Women are highly underrepresented in decision-making spaces. Within the transport labour market, the predominantly male employee base in urban planning and design has heightened gender mobility challenges. The underrepresentation of women in decision-making spaces has resulted in a male-orientated one-size-fits-all urban planning and design – and it is ordinary female citizens who bear the brunt of this.

What do women in the mobility industry have to say on the matter? We interviewed successful female entrepreneurs in the transport and mobility sectors who are pressing for the need for equal representation in urban planning spaces. Be it a question of implementing a gender employment cap or incentivising young women through education programmes to encourage them to get involved, all women agreed that equal representation is key to addressing the issue of gender-blind infrastructure.

How can mobility infrastructure be better designed for women?

Women have been left without much choice when it comes to getting around, making the issue one of women’s freedom of movement. Developing a more inclusive transportation system involves rethinking innovative models that take everyone’s needs into account: Shared vehicles, such as e-scooters or bicycles, should be more attuned to gendered needs by including carry-on spaces for female passengers with children. The implementation of safer cycling and pedestrian infrastructure and further background checks of taxi drivers’ profiles, among other measures, are necessary steps to remove the vulnerability or fear of danger felt by women, giving them greater freedom in their daily journeys.

Importantly, more female engineers, designers and executives also ought to be brought into the design process in order to help meet gender-specific requirements – a variety of perspectives would bring about safer and more accessible modes of mobility for all citizens optimising the overall experience of all users.

The remodelling of mobility infrastructure to become more gender-inclusive is overdue. Women are still forced to adapt their journeys to prevent any risk of insecurity when infrastructure itself should cater to the different needs of users. Biased urban planning has a trickle-down effect on citizens’ use, as seen by the different patterns in the mobility of men and women. Alternative strategies need to be developed in order to move towards a genuinely inclusive mobility system that is fully accessible and safe for all users.

Understanding women’s barriers to mobility choices and their behavioural patterns in the Paris Region is one of the main goals of LGI. To find out more about our key findings from our involvement in the project, read the full report here. 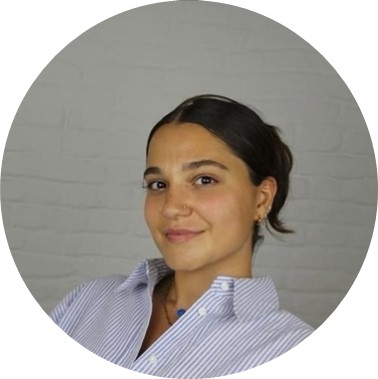