On 21 March 2022, LGI attended the High-level Conference on Civic Engagement in the EU Missions. The conference, which is a part of a series of events organised during the French presidency of the Council of the EU, was dedicated to the five EU Missions: adapting to climate change, beating cancer, restoring oceans and waters, living in climate-neutral and smart cities, and ensuring soils’ health.

Vincent Chauvet, Carine Valette, and Clea Prieto attended to represent the NetZeroCities (NZC) project. NZC will support the EU’s Mission 100 Climate-Neutral and Smart Cities by 2030 by working as a service-oriented platform offering European cities the support and solutions they need to achieve Net Zero goals. Vincent Chauvet, CEO of LGI, moderated a roundtable on citizen engagement in urban transformation which counted with the presence of Matthew Baldwin, 100 Climate-Neutral and Smart Cities Mission Manager. 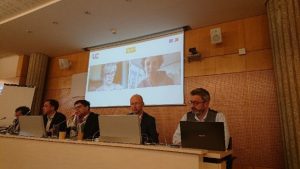 NZC also held a booth during the whole day which gave us the opportunity to chat with many conference attendees interested in climate neutrality. 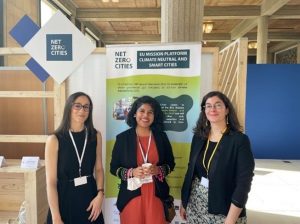